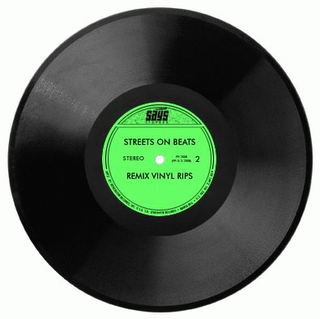 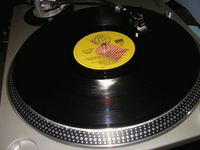 A couple of months ago I put up a few remixes of some tracks that are ripped from twelves, and now I've got another three for ya. The first is from CPO, MC Ren and DJ Train's (R.I.P.) old group from about '90. It's got the usual stuff you find on most twelves but with a crazy remix version of 'Ballad Of A Menace' (Homicidal Theme Remix) which even the album version from 'To Hell And Black' is my favourite track along with 'Homicide'. This remix is psycho with the album version being 4 mins 33 secs, this goes for 6 mins 57 secs and with a whole extra verse. The whole track from start to finish is nuts. If you've got the album version and you download this let me know what you think. 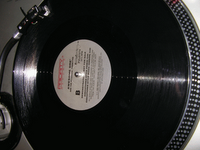 Next is from Detroit's Awesome Dre & The Hardcore Committee. Their first album, 'You Cant Hold Me Back' came out in 1989 on Bentley Records and distributed by Priority. A twelve was also released with a 'Frankly Speaking' remix on one side and an 'Executioner Style' remix on the other . Both are quality remixes. I've put the 'Executioner Style' one on this time but will definately be putting the other on soon. I also have a unreleased album track from their second album, 'A.D.'s Revenge' that hopefully I can get Afects to rip for me sometime. 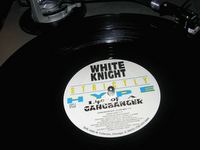 The last one for now is 'Life Of A Gangbanger' by a group called White Knight. I got no idea where these guys are from or anything about them. I was bored at a secondhand record store that had no hip hop about six years ago and stumbled across this record, chucked it on the decks and bought it within seconds. Thats what I love about hunting for wax in those shitty stinkwhole record stores. Some of you may have downloaded it from us a couple of months back when I put it up by accident instead of a Tweedy Bird Loc track for a couple of days.

nice stuff but a really i've searching for this in all the hole net maybe you people may help me....Sleestack'z - ruination 12....or just the single...... Video version......, the instrumental it will be nice too

Regards to you Blogspot
from Guatemala City.

Hey, thanks for checking out the blog.

All I have is the Sleestack'z "Behind The Iron Curtain" CD with 'Ruination' on it, but I don't have a 12" of it or an instrumental. Probably not what you're after but if you do want me to rip/upload that mp3 just let me know and I'll do it as soon as possible.

What's up Bro you know i've looking around and i think that is what i want.
1 Ruination - (Spearhead X remix)
2. Ruination - (Straight Roots Album edit)
i really hope you may help me
Live Well Man.

Good stuff! haven't heard any of these yet.

That Ballad Of A Menace Remix is sweet! C.P.O. never got there respect.

pozuelos, glad you found what you were after. Thanks for posting the link!