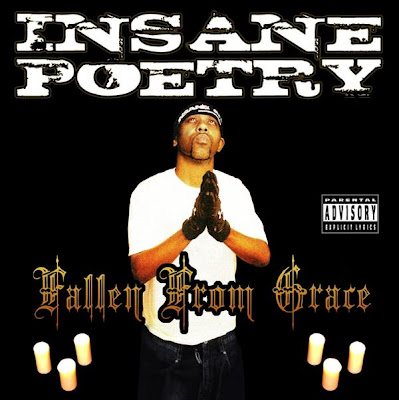 INSANE POETRY
The background:
Hailing from the streets of Los Angeles, California comes the notorious underground entity, Insane Poetry. After bursting onto the scene in 1988 under the name ‘His Majesti’ and releasing the ‘M.M.O.B. Is Loose’ EP on Egyptian Lover’s Egyptian Empire imprint, IP then left their mark on the hip hop scene with the horror rap classic ‘Grim Reality’ released on Nastymix Records in 1992, an album that pushed 35,000 sales despite their record label self destructing at the same time due to unrelated issues. In 1998 Insane Poetry came back with a more street orientated feel with the ‘Blacc Plague’ release, with Pope replacing EmDee as Cyco’s partner in rhyme. Cyco then enjoyed a brief stint on Ill Boogie records where he released the ‘Let Em Know’ EP, a battle 12” against Iriscience of Dilated Peoples, and featured on compilations. In 2003 Cyco came back to claim his status as one of the most hard hitting emcees in the game with the politically charged follow up to ‘Grim Reality’, this time entitled ‘Faith In Chaos’. In his career Cyco has gone from being a pioneer of horror rap, dropping rugged rhymes about life on the streets of Cali, lyrically blazing up the mic over Ill Boogie beats and then dropping a politically motivated masterpiece inspired by 9/11. 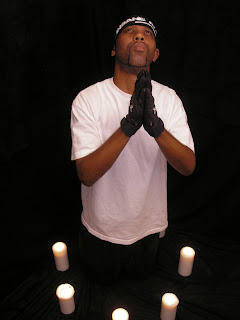 FALLEN FROM GRACE
This album:
Cyco himself has stated that ‘Fallen From Grace’ is his most personal album to date and the one that most accurately reflects his life, and that is evident from the get go with Cyco letting his fans know how his life stands and how much hip hop means to him on the ‘FFG Intro’. The more subdued feel of the introduction is then swiftly altered with ‘Kill You’, a vicious return to his horror rap roots that will leave his day one fans hitting the repeat button over and over. Cyco then flexes his lyrical skills on both ‘Boyz In A Box’ and ‘Next Dimension’, dropping lines such as “When I’m blazing the burner- homie you know we come amp, you couldn’t be dope if you was born from an opium plant”.

Next up listeners are greeted with the infectious production skills of Jason “JP” Pearl that Cyco laces by relentlessly ripping rhyme after rhyme with enough conviction to tear the listeners ears to pieces. This is followed up by 2 dope (but unfortunately short) tracks in ‘Suspect Zero’ and ‘Revenge’, the latter a ruthless tale of retaliation featuring Lowdown. Tre Dizzle then shares the spotlight with Cyco on the aggressive ‘Peekin’ Thru Ya Back’ where, amongst other things, Cyco speaks about the current state of hip hop with such offerings as “Nothing but lyrics – but then the guns came, Fake thugs and fake killas – that shit is dried up like cum stains”.

Top draw production care of Big Tango Slimm then paves the way for Cyco to ferociously spit violent murderous raps on ‘Murderland’, one of my personal favourites on this album. This murder anthem is then backed up by the album’s title track, ‘Fallen From Grace’, a quality personal track that gives listeners an insight into the Cyco’s reflections on life. My only slight complaint about this track is the beat sometimes slightly steals your attention away from the lyrics unless you are totally focused, however in saying that, it’s still a dope beat and fits the track like a glove, maybe the levels could have been altered with a bit though.

On the next track Cyco teams up with Menacide from Michigan for ‘Jot My Life’, a track that continues the personal theme that is developed on the previous track. Cyco talks emphatically about a range of issues from growing up in the hood to family child support issues. The murder mitten menace, Menacide, adds to the high standard of this track dropping some personal rhymes of his own and in the meantime demonstrating to the world that his future project with Cyco is going to be insane. ‘Let’s Ride’ features the Grim Reality Entertainment line up of Spark, Lowdown, JP Tha Hustler and Freaks, and while all hold their own, it’s Cyco’s verse that really stands out with lines likes “I heard ya hot little mamma got a Cajun twat, she thinks I’m crippin’ out in Thailand the way I Bang-the-cock”.

JP and Big Tango Slimm team up on production to create the outstanding beat for “Heat”, a track that Cyco brings his A game out on, and therefore one that rates highly amongst my favourite IP tracks of all time. ‘Black Widow’, Cyco’s metaphorical description of the music industry ensures the standard is kept at a soaring height, while at the same time dissing Vanilla Ice about his career mistakes (1 of which would have to be not giving Cyco his due song writing credits for material off a lot of V.Ice’s tracks). Cyco drops some gangstaism on the next track in the form of ‘Game of Life’, an incredible track that is brought down only by its irritating hook.

As I mentioned before, this is IP’s most personal effort to date and the vibe is reiterated on ‘Can You Feel My Pain’, a track in which Cyco raps about fatherhood, living a monotonous working life and how hard it is to maintain his sanity while thinking back to the days he was tearing up stages for a living. I also have to give credit to Mindy Patrick for her singing efforts on the hooks as it really adds to the overall feel and quality of the track. Cyco then launches into the reflective ‘Is It Good’, an ode to the good old days of hip hop that sees Cyco giving props to a whole lot of artists he came up listening to. Following this track all that is left is the ‘FFG Outro’ and a commercial advertising future releases.

To finish up this review, anyone familiar will IP will agree that as years and releases have been added to the timeline, it is evident that whenever IP unearth from hibernation, they, or rather he (as Cyco himself IS Insane Poetry) surprise their fans by putting out something different to previous releases. What has stayed the same since day one however is that throughout the years Cyco has always maintained his precise delivery and hardcore rhymes, assets that make his albums instant purchases to those who are familiar with the IP dynasty. For me, this new IP release was well worth the agonizing 3 year wait as IP again switch up the formula just enough to keep the fans guessing while not deteriorating in terms of the quality of product. Overall, I think if you are down with IP you would have to agree that this is another stellar effort. On a hip hop level, this is one of the best albums of the year and showcases lyrical skills not matched by most in the game commercially or underground. I will say that if you are strictly a staunch follower of horrorcore and are still holding out to hear more of that classic ‘Grim side’ killer shit, then this release wouldn’t completely offer what you are looking for. 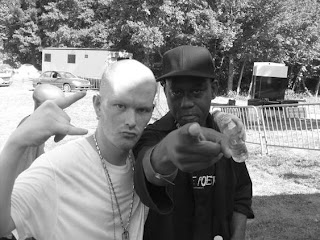 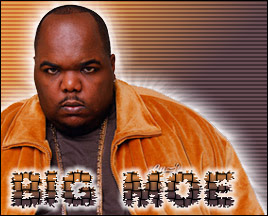 Houston hip hop icon and OG Screwed Up Click member Big Moe is currently on life support in hospital after suffering three heart attacks and a seizure the other day. It was rumoured that the soulful hip hop heavyweight had passed away but thankfully these rumours were unfounded, however news isn't all good as obviously his condition is critical. For more information and updates on his condition check out HoustonSoReal as he is keeping the world updated as news comes to him. Best wishes to Moe and his friends and family, hopefully he can pull through.